Reality Check: How Safe Is the Drinking Water from a Public Fountain?

Many of us drink water from public water fountains without giving it a second thought. But are drinking fountains safe? You may be surprised at the results. 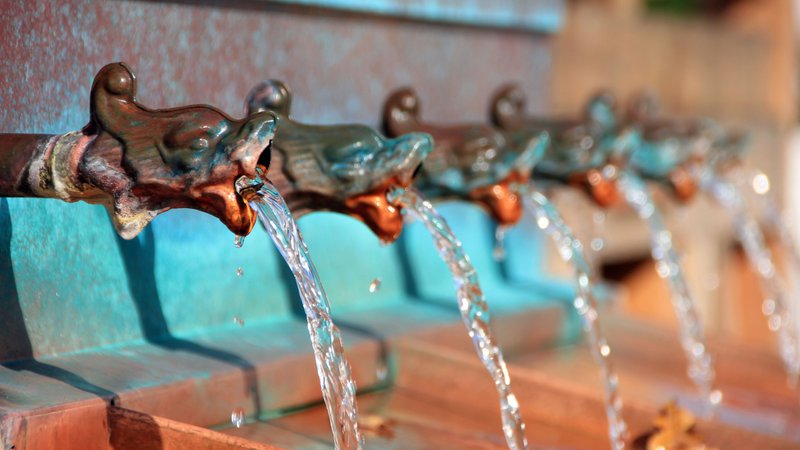 Around the world, urbanization is on the rise. The United Nations has reported that by the year 2050, two of every three people will likely live in cities.

And when you're traveling in an urban area, whether as a resident or a visitor, you have three main options to stay hydrated: bring water from home (or the hotel) with you, buy water or other beverages from a vendor, or find a water fountain.

In this article, you'll find out all you need to know about whether drinking fountains are safe to use (or not).

Let's ease into this topic by looking at the history of the drinking fountain, which is beneficial to our discussion in that it provides some context to begin from.

The earliest known recorded instances of water fountains come from cities in ancient Greece. There's also evidence to suggest that water fountains with names such as Fontanelli and Nosani were installed in the 19th century in Rome. Many of these fountains still work to this day.

However, the history of the modern water fountain truly begins in London in 1850. After the inception of the Metropolitan Free Drinking Fountain Association, the first water fountain was installed in Cumbria and used a filter to provide cleaner drinking water than was available in most London households. More than 7,000 people reportedly used the water fountain every.

As you can imagine, this new free water source quickly gained popularity but also became a hotspot for disease transmission. The main reason? All of the water fountain's patrons used the same metal cup.

Realizing the sanitation problem inherent in this fountain, someone designed a vertical spigot, but this failed to remedy the situation because people would often touch their mouth to the spigot.

By this time, the water fountain had reached the US. A young man from Ohio named Halsey Taylor had just lost his father to typhoid fever because of poor water sanitation.

Taylor developed a water fountain that was the most sanitary the world had ever seen. His fountain featured two streams of water that formed an arc so that the drinker didn't have to reach over the spigot. Rather, the arc allowed drinkers to reach their mouths to the side of the spigot, paving the way for the water fountains that we know and use today.

Unfortunately, water fountains are in decline today, partly due to the fact that the 2015 version of the International Plumbing Code cut the number of water fountains required per building in half.

There are many benefits to using drinking fountains when you're on the go:

This is the big question, right? Contrary to popular belief, the presence of pathogens and contaminants in a drinking fountain doesn't automatically mean there's a health issue.

Other factors that must be taken into account include the type of pathogen/contaminant, the level of exposure, the duration of exposure, and the health vulnerability of those who drink from the fountain.

In fact, very few studies have linked any kind of a sickness or disease outbreak with contaminated drinking fountains.

According to a comprehensive report on drinking fountains and public health:

“Overall, the identified health risks of water fountains are limited, especially when looking at the public drinking water system as a whole.”

So, while there's always a risk when using a drinking fountain (or doing anything for that matter), science has declared that risk to be very small.

How Can We Make the Small Risk Even Smaller?

To make drinking fountains even safer and more reliable, the report mentioned in the last section recommends that cities and water providers take the following actions:

We at WaterZen encourage you to use drinking fountains whenever possible. We hope this article has eased your concerns about drinking fountains, but if you're still a little wary, then please bring water from home in reusable bottles and avoid buying disposable plastic water bottles unless absolutely necessary.