Travel Thirsty: Eight Countries With The Cleanest Water In The World

Yes, there are some countries where you can always take clean, safe tap water for granted. Read ahead to explore the countries with the world's cleanest water. 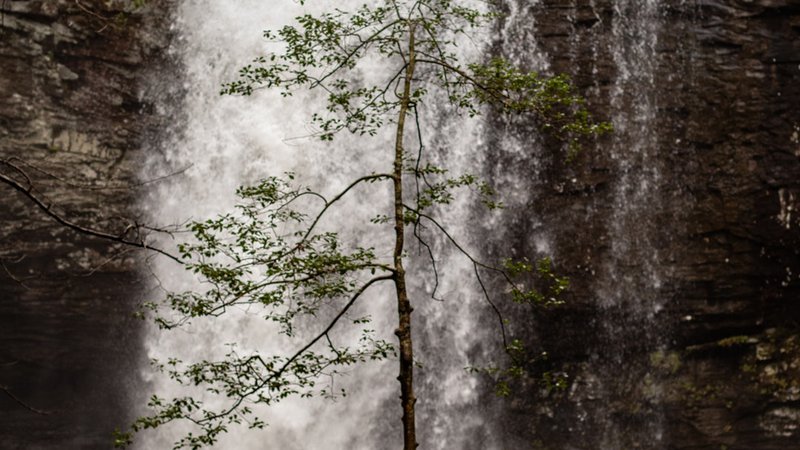 If you like to travel the world, you've probably been advised that you shouldn't drink the water in Mexico, or in certain countries in Africa, South America, Asia, and Eastern Europe.

But are there countries you can visit where you're able to drink freely from the tap without any worries because the water is clean and pure?

Yes, there are quite a few, and in this article, we'll take you on a whirlwind world tour and review the top eight.

If you've ever visited Switzerland, this should come as no shock to you. Most of Switzerland is not only efficiently run, but is also extremely clean. As such, it would stand to reason that their tap water is also clean.

Switzerland has always given protection of its water supply priority over issues that other countries may consider more important. Switzerland is not only an incredibly green-minded country, but one that strives to provide its citizens a long life expectancy and high quality of life.

In short, bottled water or filters are not necessary in Switzerland.

You've probably heard good things about the quality of life in Scandinavia. Norway in particular receives lots of press about how wonderful it is to live there.

But not only is Norway a country with a high quality of living, the government takes rigorous steps to ensure everyone has access to very clean water (and air as well).

Because Norway receives a lot of precipitation and has such clean air, its water supply is constant and pure. This enables the company that produces Voss bottled water company, one of the country's biggest exports, to sell its water unfiltered because it's collected directly from the sky.

Denmark is Norway's neighbor in both geography and approach to water quality, so it stands to reason that its tap water would also be very clean.

Like its Nordic neighbor, Denmark also has a high standard of living, a lot of precipitation, and good air quality — all of which create a perfect storm for nearly-perfect tap water.

Singapore is famous around the world for its cleanliness. It is so clean that many things people do every day in other countries are actually illegal there. These acts include chewing and selling gum and spitting in public, two things that Singaporans feel contribute to pollution and a general "dirty" atmosphere in the city.

With such an emphasis on cleanliness, it's no surprise that the government provides its 5 million citizens (and numerous visitors) access to clean and safe tap water, which is not particularly usual in this region of the world.

If you're traveling through most parts of Asia, it's generally a good idea to avoid drinking the tap water. But once you come to Singapore, you can drink to your heart's and stomach's content.

As its name implies, Iceland is indeed a land full of ice, which is partially what makes the country's water so clean.

With a small population and loads of clean drinking water, Iceland doesn't need to do much in the way of keeping it accessible to its population. Much of the country's water supply comes from its glaciers.

The water is so clean in Iceland that you can, and many often do, drink directly from lakes and streams. How is this possible? Much of Iceland's water is naturally filtered through volcanic rock, which is nature's way of getting rid of the icky stuff.

If you ever travel to England, you may be informed that the tap water has been piped all the way from Scotland. While this may sound like a marketing gimmick, there's actually a reason for it: Scotland's tap water is both tasty and clean.

The reason much of the UK's tap water comes from Scotland is due to the fact the there's a nearly-constant flow of rain that fills its many rivers and lakes. This makes the tap water super safe and super delicious.

While Canada is a much larger country in area than most of the others on this list, it still manages to have some of the cleanest water in the world. The main reasons for this are its northern location, high precipitation levels, and the fact that it has a low population for how large it is.

Canada has stringent laws regarding its water quality and environmental conservation as well, ensureing it has some of the best tap water in the world. If you visit Canada, drink up!

While New Zealand is much smaller than Canada, it's similar in that it has access to a lot of precipitation, boasts gorgeous mountain ranges, and isn't very densely populated. As a result, you get tap water that's on par with the bottled water many other places in the world.

New Zealand's natural water sources are up there with Norway's and Iceland's, meaning you can drink from the lakes and streams without worrying about getting ill.

What Do These Countries Have in Common?

The countries that made this list are those that take water quality and environmental protection seriously. They also tend to have smaller, more manageable populations, which allows the governments to supply clean water to everyone with less effort.

What If You Travel to Other Countries?

As mentioned at the beginning of this article, some nations don't have clean tap water. Why? The most important factor is economic. Many developing nations lack the financial resources (and maybe political will) to build an infrastructure that ensures all of its citizens have access to clean water.

Ironically, many developing countries have clean water sources (or even more people living there would suffer than they do). However, in many areas, pipes haven't been adequately maintained and filters haven't been correctly installed or properly replaced, which means that dangerous bacteria can get into the tap water.

Tragically, in some countries in Africa, more children die as a result of contaminated tap water-related diarrhea than any other disease.

If you travel to these nations, please be aware and take proper precautions to drink bottled or purified water.

What About Your Home Country?

Do you live in a country that's not on the list? Don't worry, most developed countries still have access to safe, clean drinking water. But if you're worried about it, have a look at our best whole-house water filters as an option to keep your family safe.

Also, if you'd like to help those living in developed countries gain greater access to clean water, consider donating to an organization such as water.org.

In this post: countries with cleanest water, water quality