Under-Sink Filters vs. the Competition 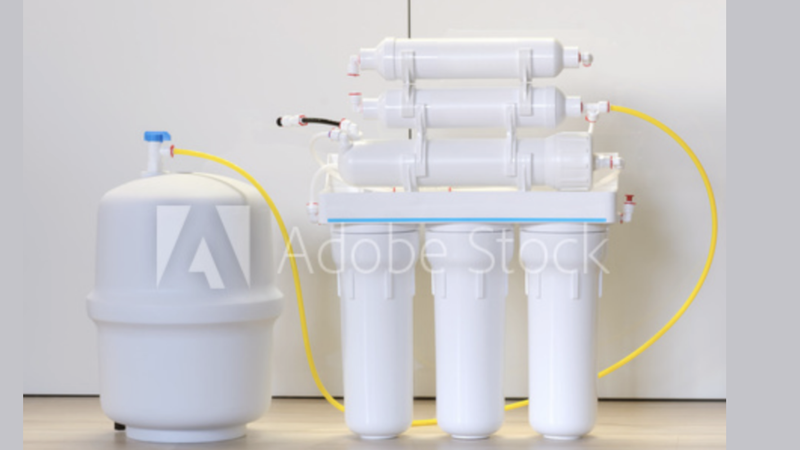 Why Get an Under-Sink Water Filter in the First Place?

The quality of drinking water in the United States today is among the best—if not the best—in the world. Our carefully-monitored public water utilities strain, settle, filter, and treat our water for a multitude of contaminants before flowing it to our homes.

In fact, under the Safe Drinking Water Act of 1974, Congress gave the Environmental Protection Agency authority to set national drinking standards. Today, the EPA regulates more than 80 contaminants in our water, including arsenic, e-coli, cryptosporidia, chlorine, and lead.

(What!? Congress did something right?)

This is the main reason why we rarely hear about Americans contracting cholera, typhoid, or arsenic poisoning, for example, from drinking their tap water. This was a much more common occurrence in America just a hundred years ago, and sadly, happens far too often in less-developed countries today.

So, we're very lucky in the USA to enjoy clean, safe, nice-tasting water. For the most part.

But Wait, That Didn't Answer the Opening Question

Just getting to that. Even in the USA, public and private water systems can end up with contaminant levels that are higher than recommended or even unsafe. For instance:

So, while your water is most likely clean and safe to drink, there are clearly exceptions to the rule.

Water filters give your family's water an added layer of protection from contaminants that are potentially toxic, radioactive, or, as scientists prefer to say in their highly technical jargon: just plain gross.

So, It's Time to Buy an Under-Sink Water Filter?

Woah, before you rush out to do that, we recommend you do two things:

First, test your water with a TDS meter (also known as a TDS tester). You should do this whether you have major concerns about your water supply or not. Your water could look crystal clear and taste just fine, but still contain too many particulates.

At this point, you're probably dying to know what TDS stands for. (No, it's not “tarantula dinosaur salamander,” but good guess!) Luckily, we have an article that explains that and much more about TDS meters. Read it here.

Second, you need to decide which type of filter suits your needs and budget.

Pro and Cons of Other Water Filters

The main types of water filters range from handheld pitchers to whole-home systems. Here are the five categories in rough order from simplest, cheapest, and least effective to most complex, most expensive, and most effective.

Remember, there are wide varieties of filter designs and qualities even within each category, so take this ranking with a grain of salt. Unless the salt's already been filtered out. (Gotta love water-filter humor, huh?)

As you can see, under-sink filters stand above the others by offering the best of all filter worlds: effectiveness, affordability, and ease of use. So, let's find out more about them.

It's true, under-sink filters don't have the most creative, memorable name out there. But hey, we didn't hold that against Friends, so let's not hold it against the filters.

And besides, there are so many advantages to under-sink filters that you'll forget all about the boring name. Advantages like their compactness and their ability to live underneath the sink, out of the way and out of sight. This means they don't become kitchen eyesores or waste valuable countertop space.

How do they work? Tap water flows from the pipe through the filter, emerges purified, and pours out of a dispenser that's mounted to the sink deck next to the faucet. The dispensers are normally thinner and smaller than the regular faucet.

Manufacturers make two types of under-sink filters: standard and reverse osmosis (RO). And there's a lot to like about each kind.

Standard vs. Reverse Osmosis: The Fight of the Century

Okay, that may be overstating it a bit. But if these two heavyweights were to take on each other in the ring (or cage or octagon), which one would knock the other out? The answer really depends on what you're looking for in a filter.

Standard under-sink filter systems strain out particulates that are 10-30 microns in size, which is incredibly effective, considering that a micron is one-millionth of a meter and that a human hair is 75 microns wide. This performance is far better than the results that pitcher, faucet-mounted, and countertop filters can muster.

Standard systems come in one-, two-, and three-stage varieties, each containing a different kind of filter. The more stages a model has, the better it is at removing contaminants. (Yeah, that's a bit of a duh statement, but it had to be said.)

In addition to their filtering potency, standard under-sink systems are able to land a flurry of body blows on their reverse-osmosis opponents. Standard systems:

It looks like standard systems have taken the lead at this point in the bout.

Reverse osmosis under-sink filter systems, on the other hand, have a pretty devastating counter-attack:

Reverse osmosis reminds you of a band you liked in high school. Plus, it's the process of using your home's water pressure to force tap water through a series of semipermeable membranes, capturing dissolved contaminants that can pass through normal filters.

For example, remember that standard under-sink systems filter out contaminants that are 10-30 microns? Well, RO systems filter out anything down to 0.0001 microns. This number is absolutely astounding! Even the smallest bacteria are 0.2 microns in size and way too large to make it through an RO filtering system. Nothing except for water can survive its ferocity.

RO systems generally have four to six stages, each removing a different type of particulate. Some even have a stage that restores alkalinity and helps restore the water's pH level by adding bits of calcium and magnesium.

One potential disadvantage of an RO system is that it requires a water storage tank, which can usually be stored in the sink cabinet next to the filtering unit. If the tank somehow doesn't fit, it can be installed outside of the cabinet, which could require the addition of an auxiliary pump and increase installation costs.

And the Winner Is...

Before you decide between a standard and RO system, and before we tell you which one we recommend, here are a few things to take into account:

And now, for the moment you've been waiting on the edge of your seat! After carefully weighing all of the pros and cons, we've concluded that...

If your budget and installation capabilities allow for it, choose the reverse-osmosis under-sink filter system (with an NSF certification) to get the purest water possible. Simply put, it's the best water filter in existence.

But, if you have budgetary or other concerns, an NSF-certified standard under-sink filter system will still give you water that's virtually 100% clean and more pure than most other filters can provide.

The fact is that in making our recommendation, we really had to get nit-picky. Both choices are excellent and will give you and your family the peace of mind you deserve when it comes to your drinking water.