What Are the Signs that Your Water Is Contaminated?

Are you and your family drinking contaminated water? Here are some of the major signs that you're in need of water treatment sooner rather than later. 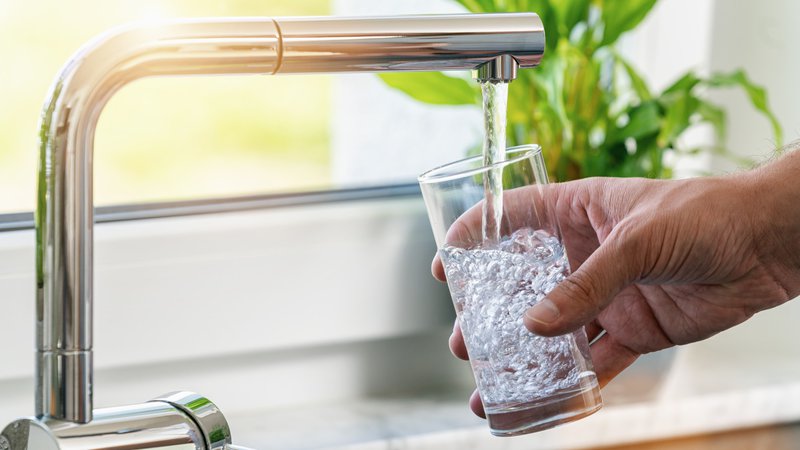 According to a three-year study on drinking water quality, a total of 316 contaminants have been found throughout 45 of the 50 states in the US. These contaminants include weed killers, industrial solvents, refrigerant, and perchlorate, which is used in rocket fuel.

Whether we're using the water that comes from our household pipes for drinking or for bathing, clean water is a necessity. But, while we in America are fortunate enough to live in a nation with tap water that is virtually always clean enough to drink, it doesn't mean our water is always contaminant-free.

Municipal water is generally regulated by the Environmental Protection Agency (EPA). Most towns and cities process and purify their tap water in a treatment facility to meet the EPA's drinking water standards. Once the water is tested and passed, it's allowed to flow through the community.

Of course, a lot can happen as the water makes its way through the pipes in your home. So, your water may look, smell, and taste just fine, but there are a lot of contaminants that fly under the radar, so to speak.

When your area gets hit with severe storms or flooding , it can cause chemicals and microbes that are already in the ground to seep into the groundwater. Debris from roads, homes, etc. that gets washed away during inclement weather can damage pipes and water mains.

Well-manicured lawns and farmland come at a price. Fertilizers, pesticides, animal waste, etc. can seep into the ground when it rains or gets hosed-down, especially in well-water areas.

In the event that a nearby construction crew accidentally hits a water main and breaks it, your water supply could be affected. This is due to the microbes and other contaminants in the surrounding soil getting pushed around that could find their way into your drinking water.

Leaking sewer lines can contaminate water with all sorts of chemicals from chloroform to petroleum by-products, metals, and other harmful solvents. These contaminants leak into the groundwater and can also affect the surface water

There's actually a whole list of ways our water can become contaminated that should make us all more grateful for the treated water we enjoy in the US.

Water contaminants are defined by four different categories: physical, chemical, biological, and radiological. According to the Environmental Protection Agency, we can expect our drinking water to contain small amounts of some contaminants. Here's a breakdown of the four general categories of water contaminants:

Physical contaminants refer to anything that can alter the appearance or physical properties of water. This includes the suspended particles of sediment or organic material from soil erosion. These contaminants are usually found in rivers, lakes, and streams.

Chemical contaminants come from chemical compounds or elements that either occur naturally or are found in the home. The list includes bleach, nitrogen, salts, chlorine, chloroform, pesticides, metals, bacteria-produced toxins, pharmaceuticals, and other drugs for humans and animals.

The only way to tell if there are biological contaminants in your water is by having it tested. If you live within the vicinity of any farms, it's a good idea to either boil your water or use a drinking-water filter to be on the safe side.

Radiological contaminants are also chemical elements and compounds that have an imbalanced number of protons and neutrons in their atomic structure. These unstable atoms give off ionizing radiation that can alter human cells, potentially causing skin and tissue damage as well as cancer.

The list of radiological contaminants includes cesium, uranium, and plutonium. If you live within the vicinity of a chemical plant, it's a good idea to have your water tested frequently in case of any unknown chemical seepage into the groundwater.

Am I Using Contaminated Water?

So, what are the signs that there's contaminated water coming from your tap? For starters, you may notice some symptoms from waterborne illnesses such as:

As we mentioned before, not all contaminants are plainly obvious. Here are the other ways to tell if you have contaminated water coming from your pipes:

It's Cloudy or Has Some Color to It

While many of us have hard water running throughout our homes, it shouldn't be anything but clear. If your water is cloudy or has an orange or brown tint to it, don't drink it.

In the case of cloudy water, you can use water purification tablets to treat it yourself. But for more severe coloring, you'll want to call a specialist.

It Has a Certain Odor to It

Chlorine, sulfur, oil, gas—anything that smells off with your water is a good indication that it's contaminated with one of the aforementioned elements. Water-treatment facilities use small amounts of chlorine to kill off bacteria, but in high amounts, chlorine can cause adverse health effects. So can other semi-volatile compounds over a period of time.

Most cities and towns have industrial-strength filters to keep sediment from getting into your tap water—and for good reason. Sediment is usually a sign that there's lead or iron in your water, which can pose serious health risks. So, if you pour yourself a glass of water from the tap and there are visible specs of something floating around, dump it out.

A Strange Metallic or Bitter Taste

Water should be essentially flavorless. So, if you take a drink of your tap water and there's a suspicious flavor to it—specifically a metallic or chemical-like flavoring—don't drink it. This is a sign that there may be pesticides, industrial chemicals, or even medications lurking in it.

If you feel that there's a strange flavoring to your water, you can always do some at-home water quality testing before calling in a professional.

Iron and copper would be the culprits here. If you notice your silverware is beginning to rust, it's because there's a high iron content in your water. The iron adheres to the silverware and oxidizes.

If you notice blue or green stains around your faucet, it's likely due to a high amount of copper in your water. Exposure to both of these metals in high amounts can cause some serious health risks.

If you notice that the water from your kitchen sink is running slower than usual, there's a good chance that your pipes are clogged up. This happens over time as your pipes become corroded, filling up with sediment and other contaminants.

The best way to fix this issue is to get brand new copper and PVC piping.

What to Do if Your Water is Contaminated

Under the Safe Drinking Water Act, testing the public water supply is mandatory and carried out by the EPA. The frequency of testing, however, depends on a few variables, including the number of people being served by each public water supply, the source of the drinking water itself, and the types of contaminants present in the water supply.

It's also required by law that every community water supplier write an annual Consumer Confidence Report (CCR) and make it available to the public. The CCR provides information on the water quality and any contaminants found during routine testing.

So, if you notice any of the above signs of contaminated water, stop drinking it immediately and send a sample of the water to a state-certified laboratory for testing.

All business owners, state, or federal authorities that fail to comply with the government's mandate for safe drinking water are subject to a due legal process.

Remember, if you suspect that you've got contaminated water running through your pipes, have it tested immediately—and don't drink it!

If you'd like to know more about the water quality in your area, find your local water provider on our site. If you have any other questions, feel free to contact us.