A Guide to the Most Common Types of Drinking Water Contaminants

What kinds of drinking water contaminants are out there? Protect your family and stay aware with our guide to the most common types of contaminants. 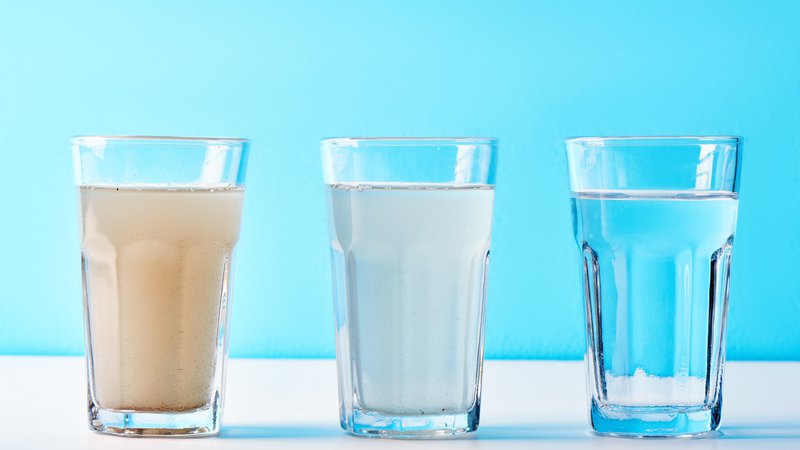 Ninety percent of the world's population gets basic water service. However, this doesn't mean all of that water is free from contaminants.

Just because you live in a first-world country doesn't necessarily mean that you're safe either. There are different contaminants found in different water supplies throughout America that may be harmful to anyone drinking the water.

In this article, we'll discuss the most common types of drinking water contaminants and what you can do to protect your family from them.

Some of the Most Commonly Found Drinking Water Contaminants

While you likely won't find every single one of these contaminants in your drinking water, it's still a good idea to learn about them so you can be on the lookout for any signs of contamination.

This is one of the most commonly found contaminants in water since it can come from the surrounding soil. Used in manure and fertilizers, nitrates are found in sewage waste, so it's not a surprise that it can leach into our groundwater.

Drinking water containing high levels of nitrates can be particularly harmful to infants. With long-term exposure, they can develop methemoglobinemia, also known as "blue baby syndrome."

This condition reduces the ability for oxygen to flow in the infant's body. In infants under six months old, it can lead to death if untreated.

Wherever you are in the world, you'll be hard-pressed to find drinking water that doesn't have some microorganisms. In the majority of cases, they won't do any harm when ingested.

However, there are a few that may have severe or even fatal consequences if they aren't removed from drinking water. Examples include e. coli, cryptosporidium, giardia, and Legionella pneumophila, all of which can cause severe gastrointestinal reactions.

Fluoride can be helpful in small doses since it can help lower your chances of tooth decay. This is why it's added to toothpaste and drinking water.

However, too much exposure to fluoride can be detrimental and cause fluorosis, which discolors teeth and can also affect bone tissue and the skeletal system, especially in children.

You may know about arsenic because of its common usage as a poison in Hollywood murder cases, which should give you an inkling of how dangerous it can be for your body. It's a naturally-occurring metal, which means it may contaminate your drinking water.

If you drink arsenic, you'll develop a number of health problems, some of which include numbness in your hands and feet, skin discoloration, problems with digestion, and cancer. Since arsenic can't be seen or smelled, you need to test your water to be 100% sure it's not present.

Aluminum is an abundant element on Earth, which means there's a good chance it'll eventually find its way into our drinking water. While aluminum has its benefits in other purposes (such as foil and pop cans), it's definitely not good to have in your body.

When this happens, it may increase your chances of getting dementia as a senior. More immediate side effects include anemia, damage to your nervous system, and some kidney diseases.

Chloramine may be an unfamiliar substance to many, but it's a combination of chlorine and ammonia. You may have heard that you shouldn't mix cleaning products because a dangerous reaction can result. Well, chloramine is that result.

Often, chloramine is used to treat drinking water and remove harmful bacteria. If you're exposed to too much of it though, you can get hemolytic anemia. Although this condition is treatable, it may affect your quality of life and cause you to be too weak to carry out day-to-day tasks.

Mercury is another naturally-occurring substance on our planet. When it combines with other substances, it may become an organic compound, build up in our bodies, and cause mercury poisoning.

Over time, exposure to mercury can cause kidney problems and eventually cancer. In pregnant women, mercury exposure can harm the brain of their fetus.

If you live in a place with older steel pipes, you may be at risk of lead exposure. Many galvanized steel pipes are coated with zinc that's mixed with lead.

When you have lead in your drinking water, it can lead to lead poisoning, which can damage your nervous system, bone marrow, and kidneys permanently. Symptoms of lead poisoning are joint and muscle pain, high blood pressure, headaches, memory problems, and abdominal pain. Children may exhibit the same symptoms but also have vomiting and seizures.

The ones most at risk are young children and pregnant women. Should you have lead poisoning while pregnant, not only can it lead to miscarriages, stillbirths, or premature births, but it can also cause slower growth in your baby.

Chlorine is used for disinfecting water, especially in swimming pools. Thankfully, unless it's ingested in large amounts, this chemical doesn't have as many adverse side effects as the others on this list.

If you have drinking water that's high in chlorine, though, you may still experience skin irritation and dryness. Another potential side effect is asthma attacks.

As with lead, you may get copper in your drinking water due to your pipes. If they become corroded, the copper from the pipes may leach off into your water.

Over time, you might develop copper toxicity, symptoms of which include kidney failure, muscle pain, abdominal pain, and liver poisoning.

Radium is a radioactive element naturally found in both soil and rock. When uranium decays in soil, the resulting radium is carried into the groundwater.

As you'd expect from something that's radioactive, radium can raise your risk of cancer. You can check official databases, such as the Environmental Working Group's, to ensure there's no radium in your local drinking water.

How to Protect Your Family

It may be inevitable that there are contaminants in your drinking water. And there are many ways to remove them, but three of the most common are distillation, filtration, and reverse osmosis. Read on to find out more about each method.

Distillation is achieved by boiling the tap water. The water is heated into vapor and then cooled back to water in a different container.

In this process, the harmful substances are left behind in the original container. While this is highly effective, it's not very efficient since it uses a lot of energy to heat up and cool down the water. For this reason, filtration and purification may be better household options for contaminant removal.

A commonly used method in many American households, filtration systems strain contaminants out of your water supply to give you purified drinking water. Some filters keep beneficial minerals such as magnesium in the water to improve the its taste.

Reverse osmosis systems are considered the most effective household solutions for removing contaminants. Applied pressure forces the water through a semi-permeable membrane, removing ions, unwanted molecules, and larger particles from the water.

Now that you're aware of some of the more common drinking water contaminants and a few purification options, you should be in a better position to keep your family healthy and safe.

Want to purchase a water cooler for your home or office? Then read our guide on how to choose the right type for your purposes.