Is It Safe to Drink Heavy Water?

Ever wondered what would happen to your body if you drank heavy water just once? Or often? Read this article to find out everything you need to know about drinking heavy water 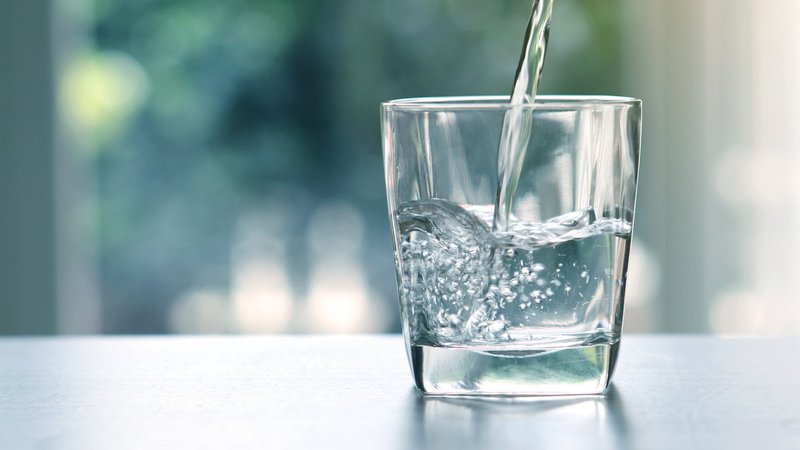 From salty sea water to alpine glacier spring water and everything in between, it's clear that not all water is born equal.

One type of water that's often forgotten — or not even thought about in the first place — is heavy water. Often referred to as “water's overweight cousin,” heavy water is used all over the world, mostly for industrial applications.

The question is if you came across it, would it be safe to drink? The answer isn't as simple as you'd think.

What Is Heavy Water Exactly?

To answer this, we're going to dive into some chemistry, so grab a Bunsen burner and get ready.

A molecule of water contains two atoms of hydrogen and one atom of oxygen bonded together, and is commonly referred to by its chemical formula of H2O.

Heavy water molecules also contain two atoms of hydrogen and one atom of oxygen bonded together, but these hydrogen atoms are a bit different.

Protium and deuterium atoms are called isotopes, meaning they're both hydrogen atoms, but they have different numbers of neutrons. This makes them chemical siblings and the biggest difference is that deuterium's extra neutron makes it heavier than protium.

This may not sound like much of a weight difference, but it's enough to ensure that a cube of frozen heavy water actually sinks in liquid water, where a regular ice cube floats.

If Not For Drinking, What Is Heavy Water For?

Heavy water's extra weight and other helpful properties mean that it has a number of industrial uses all over the world.

The most common use is in the nuclear industry as the central part of Pressurized Heavy Water Reactors (PHWR).

PHWRs are a type of nuclear power plant that uses heavy water to cool down and moderate the activity of the uranium that serves as its fuel.

When heavy water is pressurized, it does not boil off in the same way that regular water does, which means that the uranium fuel doesn't need to be enriched first. This significantly reduces the costs involved in producing nuclear energy.

PHWRs account for about 12% of all nuclear reactors globally, highlighting the importance of heavy water in helping meet the world's energy demands.

Another important role heavy water plays is in saving lives around the world, though not in the way that you may think.

Polio, a cruel disease that disproportionately affects children across the world, is being targeted for elimination by the World Health Organization. A polio vaccine is readily available, but it loses effectiveness the longer it sits in the hot and humid conditions found in countries across Africa, Latin America, and Asia.

This is where heavy water comes into the equation. As early as the 1960s, scientists conjectured that heavy water might be better at preserving vaccines than the magnesium chloride alternative that had been used up to that point.

As it turned out, polio vaccines using heavy water can be heated to up to 113 degrees Fahrenheit and still remain effective, thereby saving thousands of lives. Let's hear it for heavy water!

The first question that most people will have if they came across a glass of heavy water is, “What does it taste like?”

Luckily for you, there are some reports available online, so you don't have to be the first person to try it.

YouTuber Cody, who runs the channel Cody's Lab, has consumed heavy water on several occasions. In fact, he once drank nothing but heavy water over a five-day period — all in the name of science.

Cody reported that the taste is a bit sweeter than normal water, which surprised him because heavy water is chemically identical to normal water (despite that extra neutron). There's no real reason why it should taste any different.

Cody managed to convince one of his friends to give heavy water a taste as well, and they both agreed that it does taste slightly sweeter than normal water.

You can view Cody's thoughts on drinking heavy water in this video.

Is It Safe to Drink Then?

Because heavy water is ingested by people who have taken polio vaccines (and by Cody), you may be thinking that it's safe enough to drink.

The answer is yes and no.

The first thing to know is that, despite being used in many nuclear reactors around the world, heavy water itself is not radioactive. You don't risk any sort of radiation poisoning by drinking it.

Drinking a single glass of heavy water poses little risk to you in the long term and would probably not even be enough to produce any sort of short-term effect.

However, that doesn't mean heavy water should be considered totally safe.

Long-term exposure to heavy water can cause dizziness by disrupting the fluid inside the ears that controls balance. It could also inhibit the body's ability to complete cell division.

Drinking an extreme amount of heavy water (enough to replace about a quarter of your body's water weight) could cause sterilization and slow down bodily functions within various systems throughout your body.

In the worst-case scenario, toxins would build up to dangerous levels, impacting the urinary system and endangering your life. If this has somehow happened, please stop drinking heavy water immediately and consult a physician.

Please continue to check our blog, which contains water-related resources to keep you up-to-date with the safest practices.