Sadly, nearly a quarter of the world's population lacks access to clean drinking water. Here's a list of seven countries with the worst water supplies. 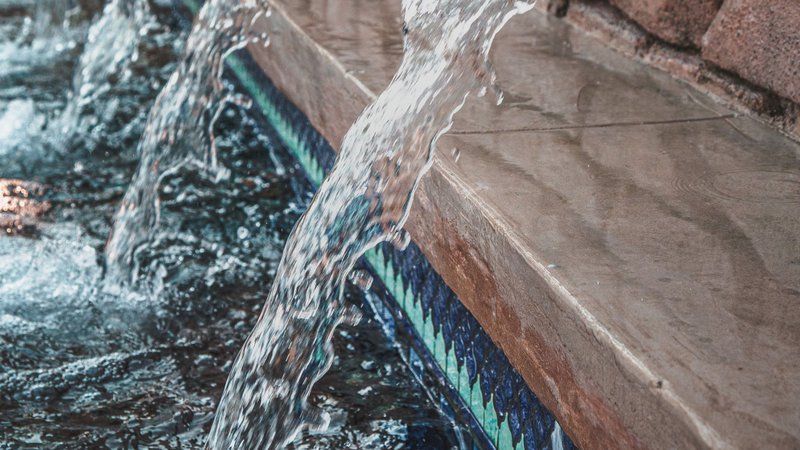 The Safe Drinking Water Act (SDWA) was passed by Congress to protect Americans from consuming harmful bacteria and other contaminants. In fact, the Environmental Protection Agency (EPA) estimates that more than 92% of all US community water systems meet SDWA requirements.

However, not all countries have such legislation and agency safeguards in place to ensure safe drinking water. In 2017, the World Health Organization (WHO) found that up to a quarter of countries don't have access to clean water.

Are you planning to take a trip overseas this year to any of the following seven countries? If so, you'll need to know about their poor water supplies, so you can take proper precautions.

1. The Republic of Uganda

Uganda is a nation situated near the east coast of Africa. Home to picturesque mountains and the massive Lake Victoria, Uganda is a land of scenic beauty filled with amazing tourist attractions.

In its wildlife sanctuaries, you can see rare birds, chimps, and hippos in their natural habitats. Plus, Bwindi National Park is renowned for its incredible gorilla sanctuaries.

If you're considering a trip to Uganda, however, you should know that this country tops the WHO's list of nations with the poorest drinking-water quality.

The majority of the country's 38 million people live in rural communities, where eight million people are unable to enjoy safe drinking water. Tragically, 4,500 children die each year from drinking contaminated water, and a quarter of the population doesn't have access to proper sanitation.

To make sure you don't fall victim to Uganda's contaminated drinking water, make sure to always have a filtering water bottle or trusted bottled water on hand.

2. The Federal Democratic Republic of Ethiopia

Ethiopia is another landlocked East African country, divided from the Gulf of Aden by Somalia, Djibouti, and Eritrea. This location is also known as the Horn of Africa for the way it juts out into the gulf.

Tourists visit Ethiopia because it's well-known for being a source of ancient artifacts dating back at least three million years. Also, the 12th- and 13th-century churches carved from rock and the ancient ruined city of Aksum are two other reasons many people love adventuring in Ethiopia.

Ethiopia's water supply is constantly under threat because of the droughts common in this country. More than half of the country's population has no way to obtain clean drinking water, especially in rural communities.

Farmers also have trouble getting water to safely irrigate crops, a problem exacerbated by the fact that Ethiopia doesn't have enough access to the Nile River.

3. The Federal Republic of Nigeria

The most populous nation in African, Nigeria is located on the Gulf of Guinea in the western part of the continent. Just outside the capital city, Abuja, tourists flock to the 725-meter tall Zuma Rock. Other tourist attractions include the country's various wildlife parks, where you can get a glimpse of rare primates in their natural habitats.

Though the WHO estimates that 15% of the population drinks contaminated water, the Nigerian government is trying to improve that number. Unlike Ethiopia, Nigeria is rich in water resources, but the issue is treating and purifying it for the more than 200 million inhabitants.

If you're staying in the city, you have better access to clean drinking water than if you're going on a rural adventure. Either way, you're probably safer purchasing bottled or boxed water.

4. The Kingdom of Cambodia

Cambodia is one of the countries in southeast Asia that sits on the Gulf of Thailand, sandwiched between Vietnam to the southeast and Thailand to the northwest. Cambodia is perhaps most well-known for its capital city, Phnom Penh, and its ancient temple ruins, including the fabulous Angkor Wat.

In Phnom Penh, 69% of the people enjoy clean drinking water, but in the rest of the country, that figure drops to 24%. In fact, some rural communities in Cambodia rely on delivery services for safe drinking water.

5. The Federal Democratic Republic of Nepal

Nepal is a southeast Asian country that's landlocked between India and China. The mighty Himalayan Mountains dominate the country's geography, although there's also a sprinkling of ancient forests and open plains.

What those tourists may not know, though, is that they'll have to stay hydrated for their climb without relying on local water sources. According to the WHO, sanitation standards in Nepal are so low, 30% of the population must use the bathroom in public.

6. The Republic of Ghana

Ghana sits in the northwest part of Africa, just off the Gulf of Guinea. From idyllic beaches to exotic wildlife areas, Ghana is a major attraction for those who want to get away from Western culture and spend some time in the great outdoors.

Ghana's water crisis, however, means you should avoid the drinking supply at all costs. Five million people across Ghana rely on surface water, which is a breeding ground for contaminants. Worse, 81% of the population has no access to modern sanitation like bathrooms and even toilets.

Though Ghana's cities have better drinking water sources, it's highly recommended you take a filtered water bottle with you. Single-use plastic bottled water is readily available at most hotels and stores in Ghana, although this option is worse for the environment.

Bhutan is a country in southeastern Asia south of Tibet, China and east of India. Known for its strong Buddhist beliefs and beautiful monasteries, Bhutan abuts the Himalayan Mountains, making it a popular tourist destination for hikers and mountain climbers.

If you're headed for a trip to Bhutan, make sure to pack a filtered water bottle. The WHO estimates that nearly 2/3 of the country's drinking water contains contaminants. That means you should also avoid eating foods like fruits, vegetables, and beans that are washed in local water sources.

Cases of traveler's diarrhea aren't usually serious, and, while these symptoms usually pass within a few days, more severe cases do occur and may require medical attention.

Adults should see a doctor in case of severe dehydration, diarrhea that lasts longer than two days, severe stomach pain, black or bleeding stools, or fever that reaches 102º F or higher.

For children, traveler's diarrhea can be even more harmful. Take your child to a doctor if he or she is experiencing persistent vomiting, high fever, bloody stools or severe diarrhea, drowsiness, or dehydration. In small children, you can recognize dehydration if your child is passing less urine than usual.

To reduce the chances that you return home with traveler's diarrhea or another waterborne illness, don't drink water in countries with questionable sanitation practices. When in doubt, you're better off spending a few dollars on bottled water.

We in the United States are lucky that we can, with a few exceptions, trust the water we drink. Still, incidents of contaminated water do occur even in America, which is why we created WaterZen.

Please visit our section on the most popular water providers in the country to find in-depth information about your local drinking water.

WaterZen.com has assigned a letter grade for the water quality of nearly 1,500 water providers across the US. Here's our methodology.

Nine Factors to Consider When Buying a Five-Gallon Water Dispenser

Five-gallon home dispensers are a perfect option for home water storage. Here’s what you should know before buying any 5-gallon water dispenser or cooler.

Six Key Things to Consider When Purchasing a Whole-House Humidifier

Buying a whole-house humidifier can be a daunting task if you're a first-time buyer. Here are six key things to consider when buying a humidifier.

An electric tankless water heater installation needs expert guidance. Here are some important tips to remember before, during, and after the installation.

Fluoride in Water: The Benefits and Risks of Fluoridation in Water

Fluoridation of public water contributes to dental and bone health for most Americans. Find out more about the pros and cons of fluoride in this article.

Are you planning to buy a collapsible water bottle? Here are five things you may not have known about these unique, flexible bottles.

What Are the Harmful Consequences of Iron in Water?

If the water in your home has a metallic taste or a brownish color, it might have a high amount of iron in it. Learn about the negative impacts of iron in water.

WaterZen exists to improve your family's health by making information about the water you drink more accessible, straightforward, and easy-to-understand. We do this by providing clear, simple water-quality information for your area based on data from your local water provider, unbiased comparisons, health standards, and expert opinions.

The way we see it, when you're informed about the quality of your water and then empowered to protect your family (and your community), you've achieved "water zen".