What Can The Taste of Water Tell You About Its Quality?

Did you know the taste of water can vary from sweet & salty to bitter & sour? Read this article to know exactly what is making your water taste the way it does. 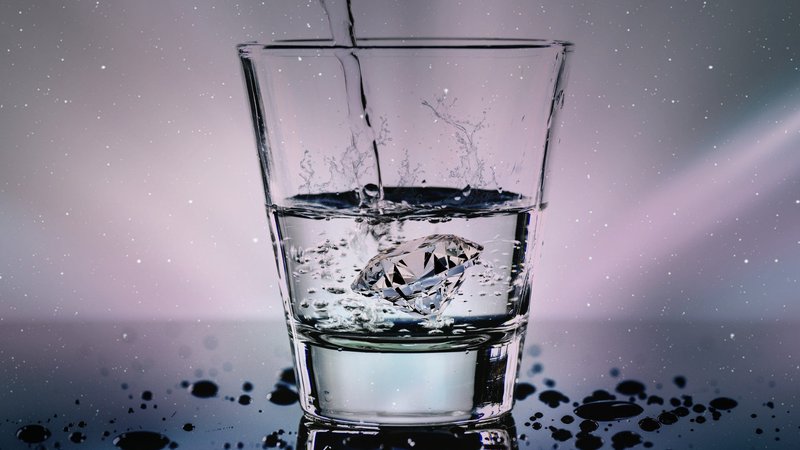 If you live in the United States, you're probably lucky enough to turn on your faucet and drink water that's been filtered, treated, and purified, so that it's not only safe to drink, but it tastes pure and clean.

However, there may be times when you drink tap water at home or in a different location and discover, to your surprise, that it tastes sweet, sour, bitter, salty, or metallic.

Here's a rundown of what's causing all of those tastes and whether you should be concerned about your family's health:

If your water tastes sweet, it shouldn’t. A sweet aftertaste in your tap water can signal elevated levels of minerals like calcium. In more serious cases, it can mean the presence of lead.

A high calcium content or the presence of trace minerals such as iron can be causing a sweet aftertaste.

Corroded plumbing pipes may be the reason for your sweet-tasting water because they can release iron into your water supply. Some types of plastic pipes can also give water a fruity, plastic taste.

A far more dangerous chemical that can cause your water to taste sweet is lead. You may have heard of the lead-contamination crisis that occurred in Flint, Michigan, which led to 5% of the kids there having extreme lead levels in their blood and people across the city suffering from a whole range of health issues.

Even if you don't live in Flint, however, you can't assume your water is lead-free. Homes and systems with high lead levels have been found in all states and metro areas.

Lead is, of course, highly toxic to humans. In kids, lead poisoning can result in learning and developmental difficulties and also lead to hypertension, reproductive disorders, and renal diseases.

Adults can also develop the same neurological symptoms. Pain in the joints and muscles, headaches, and kidney problems are also common effects. In adult males, lead poisoning can also cause decreased sperm count.

Consider getting a lead test kit for your home if your water leaves a sweet aftertaste. The best testers can even tell you if your water contains nitrates, bacteria, and pesticides in addition to lead.

If your water makes your lips pucker like Betty Boop's, you likely have a pH problem. The optimal pH level in water is between 6.5 and 8.5, while anything lower can make the water acidic and sour-tasting.

Acidic water can occur naturally, or it can be due to excessive levels of dissolved oxygen and carbon dioxide.

Low pH levels also make water corrosive, which can damage your pipes and fixtures and cause them to leach out copper, zinc, or worse, lead.

Home water testing kits can help you pinpoint the pH level in your water. The most accurate testers can even tell you if lead is causing that low pH level.

Martin Luther King once told us to "Never succumb to the temptation of bitterness." He was talking about emotions, but you should also take that under advisement when it comes to your water.

There are a number of culprits behind a bitter taste in water, including these guys:

Bitter-tasting water can signal a high pH level. Water that passes through carbonate-rich soils like limestone can have a higher alkalinity and pH level. Photosynthesis of algae and plants also increases pH levels.

Bitterness aside, elevated pH in your water doesn't have negative health effects, although it can cause skin itchiness and dryness in more sensitive folks.

Another source of bitterness is the presence of copper, which often results from corroded copper plumbing.

In humans, copper in water within or less than 1.3 mg/L (or parts per million) has no known negative effects. A higher level, though, can cause copper toxicity, which can lead to diarrhea, nausea, and vomiting.

High levels of TDS or Total Dissolved Solids can also make your water taste like bitter medicine. And it's not only the taste — there can also be a laxative effect, especially in those not used to drinking the water.

Too much zinc in your water can also be the culprit behind that bitter taste. Although zinc in water isn't normally a cause of concern, exposure to large doses can cause stomach issues and nausea.

Does your tap water remind you of the last time you took an ocean swim? If so, there are at least two reasons for the salty taste:

As gross as it sounds, sewage leaks can happen and send small amounts of sewage into your water supply. If this happens, water saltiness is probably the least of your problems.

Sewage water contains a plethora of toxic materials, nitrates, and potentially life-threatening bacteria such as E. coli and hepatitis A. Any sewage leaks should be immediately reported to your local government and health department.

High levels of metals (surprise!) such as iron, zinc, and manganese can give water a metallic taste.

If your water contains both high amounts of iron and manganese, your coffee may appear darker and your water can be harder. Also, these metals can leave deposits in your plumbing pipes, fixtures, and appliances.

Algal blooms are often the reason behind musty, moldy, or dirt-like taste in water. Don't worry though, as they aren't toxic, and most water treatments get rid of them. Unfortunately, the smell and taste may linger even after the water is treated.

Hydrogen sulfide is the most likely reason behind the smell and taste of rotten eggs in your water. This chemical can occur when organic matter mixes with the water. There are also some types of minerals, including pyrite, that can also create this foul taste and odor.

Despite the attack on your taste buds and olfactory sense, this rotten-egg taste doesn't often pose a health concern, although it makes drinking a lot less pleasant.

If your water reminds you of all those times you've accidentally gulped in pool water, don't panic. That bleach-like taste is likely chlorine, used by 98% of water treatment systems in the U.S. Chlorine is one of the most effective ways to disinfect water, which is why it's used in swimming pools and why we can drink water straight from the tap.

In small amounts, chlorine in water is safe and poses no health risk. However, studies found that too much chlorine in the long run can cause cancers.

The Actual Flavor of Water, According to Science

Many of us believe that water is tasteless. Scientists, however, wanted a more accurate answer to the question: Does water have a taste?

According to a new study, water does have a flavor, and the best way to describe it is sour. The scientists conducting hte study found that when mice drank water, it triggered their "sour" taste sensors.

This doesn't mean that your water should taste like lemon drops or raw oranges though. Again, sourness in water can also mean you're drinking water that's acidic or low in pH.

A wise man once said that "Variety may be the very spice of life". True, but if your drinking water gives you all sorts of funky flavors, don't let it go!

Report any strange tastes in your water to your water supplier and your local government. Then, consider installing either a whole-house filtration system or an under-sink filter, both of which can give you back refreshing, delicious, contaminant-free drinking water!