Hard Water vs. Soft Water: What Are the Differences?

Is your home water supply hard or soft? Can you tell? In this guide, we compare hard water vs. soft water and what's found (or not found) in each. 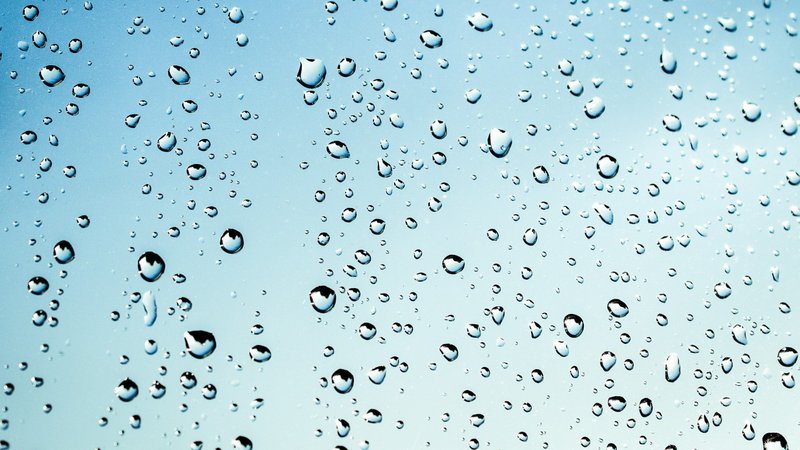 Here are the hard facts about water. A large percentage of American tap water is hard, which is in stark contrast to countries like New Zealand where most of the supply is soft.

Why does it matter if the water in your house is hard or soft? These two different types of water can have an effect on both your body and the infrastructure of your home. Here's the lowdown on hard water vs. soft water.

The Basics About Hard Water

Rainwater is naturally soft, but it seeps into the ground and flows through deposits of chalk, limestone, and gypsum, causing it to pick up tiny amounts of magnesium, calcium, carbonates, bicarbonates, and sulfates.

The definition of hard water is simply water with a relatively high amount of these minerals.

The Pros and Cons of Hard Water

Some studies suggest that hard water may be useful in preventing certain heart and cardiovascular diseases. And some people say they also prefer the taste of hard water.

However, there are some downsides to hard water. It can leave spots or a film on glasses taken out of the dishwasher. This hard-water residue isn't dangerous, but it can be unsightly.

Soap reacts with the calcium in the hard water to form soap scum, which means you may need more soap or detergent to get your body, hair, and laundry clean. On the flip side, modern soaps and detergents generally have ingredients that counteract these effects.

Hard water can also cause dry or itchy skin and can be responsible for an increase in eczema, particularly in children.

Finally, the limescale from hard water can also reduce the efficiency and shorten the life of household appliances such as washing machines and coffee-makers.

In industrial settings, hard water can create serious problems, so many businesses monitor water hardness to help avoid costly breakdowns in things like cooling towers, boilers, or other equipment connected to the water supply.

The Basics About Soft Water

Soft water refers to water with low concentrations of ions, in particular ions of magnesium and calcium. Soft water occurs naturally where the drainage basin of a river is made of impervious, hard, and calcium-poor rocks.

Many people use the term “soft water” to describe water that has undergone a water-softening process. Technically, this water is “softened water,” but we'll still refer to it as “soft water” in this article.

In the USA, your water should have less than 60 milligrams per liter of calcium carbonate to receive a “soft” classification. Because there are underground limestone concentrations throughout the country, most states have hard water.

The Pros and Cons of Soft Water

Many people prefer using soft water for household chores because it helps to perform them more efficiently. Dishes tend to sparkle brighter. Soap lathers better, and you'll likely use less detergent and shampoo to get things clean.

Soft water is generally better for the skin than hard water is, and it may also prolong the life of household appliances such as dishwashers and washing machines. Those who live in areas with soft water may also notice lower energy bills.

There are some disadvantages to soft water, however. Anyone suffering from heart or circulatory problems or anyone on a low-sodium diet should avoid softened water because sodium is normally added during the softening process. An excess of sodium in the body can increase the risk of cardiovascular health problems such as high blood pressure.

Finally, if you have a pool, soft water can interact poorly with the chlorine and stain the pool’s walls.

After you've put the cap back on, shake the bottle vigorously. You would now expect foam to form. If the foam remains, your water is soft. If the foam disappears at a rapid rate, then your home has hard water.

You could also examine the tub or shower in your bathroom. If there's a white mineral scale on the surface, then your water is likely to be hard.

A water-test kit will also help you determine not only whether you have hard water or soft water, but the level of your water's hardness. You can buy these in DIY stores or online.

How Does a Water Softener Work?

Hard water gets softer through the process of ion exchange. Positively charged calcium and magnesium ions in the hard water are swapped for sodium and potassium ions.

For this to happen, the water softener must have small beads of resin in its holding tank. The potassium and sodium ions cling to the resin. As hard water washes over the resin, the calcium and magnesium ions stick to the beads, while the sodium and potassium ions are released into the water, turning it into soft water.

Some water-softening systems run on a timed basis that's triggered by a control panel. Others systems are more efficient and process the water based on the usage of water instead of a timer.

There are sodium-free water softeners on the market, but they're not as effective as their saline cousins at removing hard-water minerals.

If there's high water consumption in your home, you might want to consider a dual-tank softener system to guarantee you always have enough soft water to use.

How to Fight Limescale Build-Up without a Water Softener

Perhaps you like the taste of hard water over soft water. Or maybe buying a whole-home water softener is an expense you can't afford right now. To fight limescale build-up that can occur with hard water, you can pour ordinary vinegar down your pipes on a regular basis.

You could also buy a less expensive shower-head water softener. These use several stages of filtration to get rid of water contaminants and prevent the shower head from getting clogged.

Another option is to buy a water filtration system that works to remove contaminants but doesn't soften the water per se.

You and Your Water Supply

Better understanding the difference between hard and soft water should help you decide whether a water-softener system is right for you and your family.

You can also read related articles on our site. Find out here about whether mineral water is good for you.