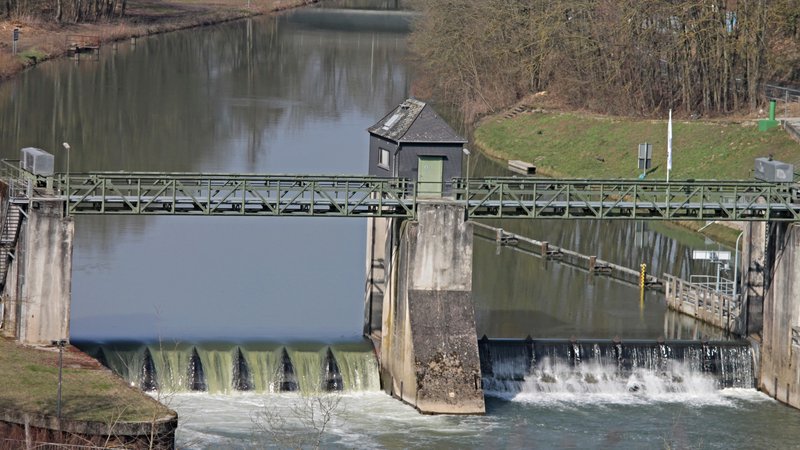 The act came about in response to a need for greater water regulations. At the time, much was unknown about chemicals and pollutants going into the water, and a surge in waterborne disease spurred the creation and adoption of the act we have now.

The act has received updates throughout the years, many of which addressed new pollution issues and bioterrorism preparedness. Each new amendment has furthered the goal of delivering safe drinking water to all.

Water is intrinsic to life. Humans have to drink a lot of water each day to survive, so the quality of the water we drink impacts our health in almost every imaginable way. From a baby fed by mother’s milk to what our livestock animals drink, water infiltrates every aspect of our health and world.

Water regulation was not always something the public thought was important. Before the 1950s, everyone considered tap water to be safe to drink and would unquestioningly drink any water from the tap, including outside faucets.

As with many other health issues, it was the rise of illnesses during the 1960s that led to a change. After testing samples from hundreds of water distribution plants, the government figured out that many of the diseases were waterborne, and it became clear that the status quo needed to change.

Tragically, millions of people around the world die every year from consuming tainted and polluted water. The United States government created a standard that water needed to meet to be drinkable, which became the core of the Safe Drinking Water Act that still stands today.

The Standards of the Safe Drinking Water Act

The Environmental Protection Agency (EPA) is responsible for providing enforcement and monitoring of the regulations set forth by the Safe Drinking Water Act. To do this, the agency tests and measures the amounts of contaminants found in water after it's been treated by public-water providers.

The first type of contaminants the EPA looks for are microorganisms such as parasites and bacteria that can infest a water supply and come from a wide variety of pollutive sources. Everything from animal feces to agricultural runoff can increase the microorganism count in a river, reservoir, or underground source.

The second type of contaminants are the ones we purposefully put in the water ourselves, including disinfectants used to clean the water of microorganisms and their byproducts. Some of these chemicals in high enough concentrations are known to increase the chance of cancer in those who consume them.

The third type of contaminants are inorganic chemicals, including arsenic, cadmium, lead, and other dangerous metals and substances. Most of these are the result of industrial applications and byproducts, and can cause a host of health issues if consumed in high amounts by humans.

The fourth type of contaminants are organic chemicals, including agricultural products, discharge from specific industrial applications, and even treatment chemicals used for sewage. This is a huge category that encompasses a large variety of compounds and chemicals.

It's essential to understand that many of these chemicals occur in nature, which means that certain water sources are unsuitable for human consumption without extensive disinfecting and filtering. Even sources of water that appear clear and clean to the eye can be very harmful to ingest.

There are over 150,000 public water sources monitored in the US. Much of the work that goes into keeping these sources clean and monitored falls upon state governments, which work in concert with the EPA. Tribal authorities and the EPA itself also conduct tests and monitoring, depending on the jurisdiction.

We in the US are fortunate because this level of testing and monitoring is not mandated in every country, and some have extremely poor water quality. In fact, a quarter of the entire population of the Earth does not have access to good, clean drinking water.

To purify and treat water, treatment plants have a variety of tools at their disposal. The process begins with the removal of debris from the water that flows into the plant. This debris includes organic material and trash like dead leaves, wood particles, plastic, and aluminum.

The next step is to disinfect the water. Chemical disinfectants are added to the water to destroy all microorganisms, after which the water is then industrially filtered to ensure that we don’t drink these disinfectants.

The final stage is another type of filtration that uses charcoal, reverse osmosis, and even UV light to ensure that nothing dangerous has survived the prior cleaning and disinfecting processes.

Some compounds are resistant to filtration and cleaning, and if found, could lead to a boil-water advisory. While this is extremely rare in the US, if you're in an area that has issued such an advisory, remember to do so for at least two minutes at a full rolling boil — longer if you live at a high altitude. Doing this destroys or inactivates the most harmful microorganisms that might evade filtration, but it doesn't remove sediment and other inorganic contaminants.

Everyone knows that microorganisms can make you sick. Typhoid was a major killer in the days before water regulation, and dysentery continues to be a significant problem in some parts of the world. Even minerals like iron that we need for proper nutrition can have detrimental effects on our health if ingested in large amounts.

Other industrial and natural contaminants carry the risk of everything from stomach flu-like symptoms to various cancers that can result in long-term sickness or even death.

Potable water in the United States rarely causes health issues. Even with all of our technology and efforts, however, waterborne illnesses have occurred and continue to occur.

How Does Bottled Water Compare?

You might be surprised to discover that while some brands of disposable bottled water undergo additional treatment and disinfecting, other brands are nothing more than filtered tap water that's marketed as something more pure.

In fact, there are significantly fewer EPA restrictions on bottled water than there are for public tap water, so you never know what water quality you're getting.

Plus, single-use bottled water uses massive natural resources, contributes greatly to environmental waste in our landfills and oceans, and is very expensive. We recommend using disposable bottled water during times of emergency only if possible.

For most Americans, the best source of water is filtered tap water, but you should always keep up to date with the quality of your local water. Water providers are required to provide annual water-quality assessments called Consumer Confidence Reports to the public. You can check your local provider's website or call them for a copy.

If you want to increase the quality of your home tap water even further, considering getting a filtration or treatment system installed. This can help make your tap water cleaner than much more expensive bottled water.

One of the potentially cleanest and best sources of drinking water is rainwater. If rainwater is not exposed to the ground or excessive particulates in the air, then it falls as pure water distilled by the sun. However, you must make sure that it's legal in your area, you do it in the correct way, and you test the rainwater after collecting it to ensure it's safe to drink.

The Safe Drinking Water Act of 1974 was a watershed moment in water regulation (pun intended). It established the basis for how all modern water systems are monitored and judged. Subsequent amendments to this law have continued to expand water-quality standards and make the drinking water in this country safer for all.

If you have any questions about water safety, feel free to contact us.