Should You Really Be Drinking Tap Water?

Is tap water safe to drink or not? This guide looks at the reasons for and against. 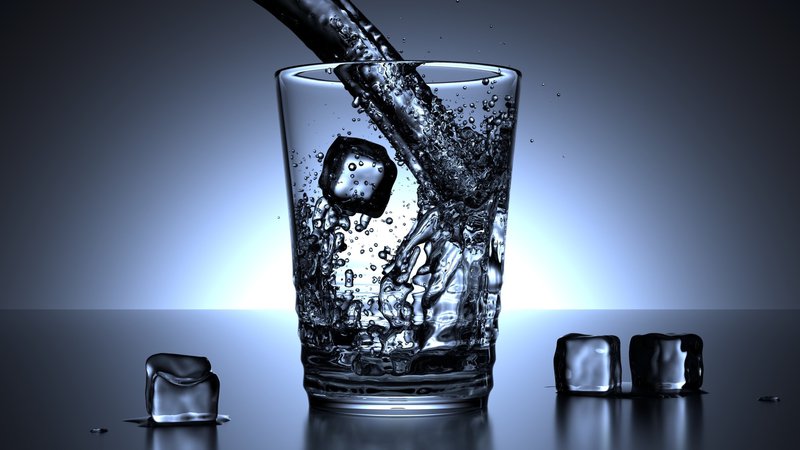 We all know it's super important to stay hydrated, but it comes at a price. Drinking only bottled and filtered water can end up costing you and your family a lot of money. And then of course, there's the least expensive, most convenient option: tap water.

But is it safe to drink?

Tap water from most public-water systems in the United States is generally safe. The Environmental Protection Agency (EPA) is the authority that monitors all public-water systems, setting and enforcing health standards regarding the levels of contaminants in tap water.

Such water treatment ensures that the level of contaminants won't pose any serious health risks. However, this doesn't guarantee that the water from your faucet is totally contaminant-free.

While they're rare, accidents to the water supply can happen, introducing new contaminants into people's drinking water. If this happens, your water supplier needs to inform you immediately and offer suggestions for alternative safe drinking water.

People at high risk for an infection should be wary about drinking tap water. This group include those with HIV/AIDs, those undergoing chemotherapy, infants, young children, pregnant women and their fetuses, and transplant patients.

It's recommended that those who fall in any of these categories consult with their physicians to find out if tap water is suitable or not.

What Contaminants Can End Up in Water?

There are several possible kinds of contaminants that can end up in your water:

The EPA is mandated to test for specific pollutants in drinking water to make sure that these levels are low enough that they pose no health threats.

You can stay on top of your area's water contamination levels and find out which toxicants and chemicals are in your water by calling your local water authority or by checking your local Consumer Confidence Report, which is required by law and should be posted on your water provider's website.

What about Bottled Water?

Your bottled water might boast that it's from pure springs in the South Pacific, but you should take such claims with a grain of salt and do some background research.

Some people avoid tap water in favor of water from disposable plastic bottles, but the ironic reality is that bottled water is less regulated than tap water.

Bottled Water Is Often Tap Water In A Bottle

According to the Natural Resources Defense Council, 25% of bottled water is actually nothing more than tap water poured into disposable plastic bottles with eye-catching labeling. As mentioned before, federal regulations for bottled water are far less strict than those for tap water.

If the label on a plastic bottle of water doesn't tell you how the water gets filtered, then it's probably just water from the tap. In these cases, why spend money on bottled water when you can get the same thing for a tiny fraction of the cost from your faucet at home?

Filtered Tap Water Could be the Answer

The Environmental Working Group recommends that Americans drink filtered tap water instead of bottled water. Home filtered water may be the best option for clean drinking water because you're adding a second layer of filtering to the water that's already been treated by your water provider.

However, you should know that not all filters are equal. Different filters are focused on different kinds of contaminants, and there are also several different methods of filtering.

Many home filtration systems are inexpensive and can remove or reduce a large range of contaminants. But before you buy a system, check to see which pollutants it removes.

Chlorine and chloramine are disinfectants added to our water supply to reduce microorganisms such as viruses and bacteria.

They also react naturally with organic matter in water (like decaying leaves) and create harmful disinfection by-products (DBPs). DBPs can be much more toxic than chlorine and can cause issues with pregnancy, including miscarriages, as well as cancer and a whole range of long-term health effects.

The longer chlorine and chloramine stays in water, the harder it is to filter and the worse it is for those drinking it.

Lead can leech into the water supply by way of aging infrastructure and leaded pipes and pipe fittings. Lead poisoning can lead to blood disorders and damage the kidney, brain, and bones.

Lead is particularly harmful to young children as it can cause irreversible brain damage, lower their IQ, and lead to developmental disorders. According to The Institute for Health Metrics and Evaluation, long-term effects of lead exposure caused 853,000 deaths in 2013, and there is no known level of lead exposure that is safe.

You might remember this carcinogenic chemical from the true story of Erin Brockovich. The EWG released a report in 2016 that found water supplies in 218 American homes have unsafe levels of chromium-6. It's estimated that this chemical will cause more than 12,000 excess cases of cancer by the end of the century if it's left untreated.

This is the most controversial chemical in water. Fluoride was added to public water is the mid-20th century as a means to prevent tooth decay. Yet, new research has prompted some governments to lower the recommended amount of fluoride in water for the first time in over 50 years.

There's also an increasing amount of studies that link fluoride to neurological, gastrointestinal, and immune damage.

For more resources and information on the water you drink, check out our blog!