The Truth Behind the Sulfur Smell in Water

Do you notice the smell of rotten eggs in your drinking water? If so, you probably have sulfur in your water and you may want to find out more about it. 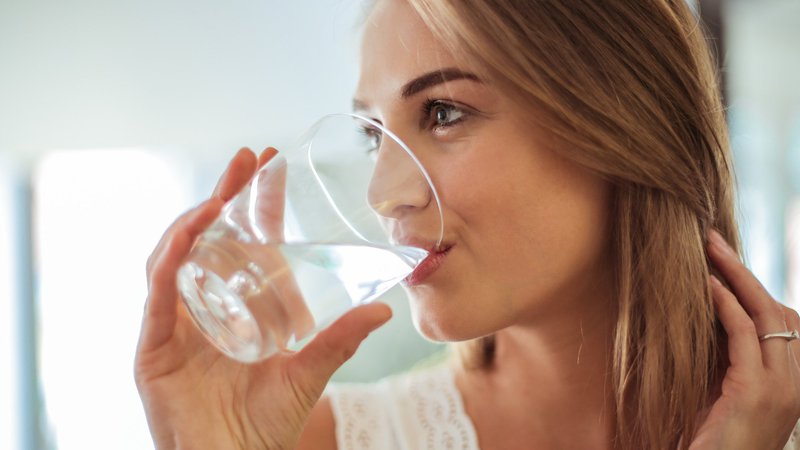 If you've ever noticed the taste or smell of rotten eggs in your drinking water, it's likely because the level of sulfur in your water was too high. And you may have wondered where that sulfur came from and whether it's harmful.

Read on to find out more!

Generally speaking, sulfur and related substances such as hydrogen sulfide and sulfates aren’t considered harmful to the human body. In fact, it's widely believed that the low levels of sulfur found in foods such as fish, eggs, poultry, and legumes are good for us.

The Environmental Protection Agency has stated that switching from drinking water with no sulfur to water with a high amount of sulfur may cause diarrhea but shouldn't cause any long-term problems.

However, why take the risk of having diarrhea and possible subsequent dehydration? Because the EPA doesn’t regulate the presence of hydrogen sulfide in drinking water, if you notice a sulfur taste or smell in your water — or even if you don't — we recommend you have your water tested to ensure it's not posing any health risks to you and your family.

How Does Sulfur Get into Water?

Sulfur gets into the water supply in the form of sulfates found in the earth. As rain and groundwater seep through the earth's surface, they dissolve sulfur-containing minerals and also break down oxidized sulfide ores, carrying sulfur to the water supply.

What You Should Know About Sulfur in Water

Certain bacteria found in soil use sulfur as a source of food and energy. In return, the bacteria produce hydrogen sulfide gas. When this gets into your water, you may notice the taste and smell of rotten eggs when you turn on the tap.

As mentioned before, sulfur is present in many foods and is part of a healthy diet. However, this doesn't mean that you want sulfur in your drinking water because it alters the taste and may lead to diarrhea when consumed in large quantities.

In addition, the presence of sulfur bacteria or hydrogen sulfide within your water supply system can cause damage to plumbing fixtures and also lead to pipe corrosion, yellow or black stains on bathroom and kitchen fixtures, and tarnishing of copper. This is difficult to detect and may escape your attention until it's too late.

Sometimes, the rotten-egg smell produced by hydrogen sulfide gas is only noticeable when you run hot water because the heat forces the gas into the air. This, in turn, causes the odor to become more offensive, especially from a shower tap. A hot water heater is also sometimes a source of the odor.

Hydrogen sulfide is associated with corrosiveness to metals like copper, steel, brass, and iron. It can also tarnish silverware and discolor copper and brass.

High levels of concentration of hydrogen sulfide can foul the resin bed of the ion exchange in a water softener.

How to Get Rid of the Foul Odor

Many people turn to water softeners and filter systems to eliminate water contaminants. Unfortunately, getting rid of the sulfur smell in water can be a tricky affair. Here are some approaches you can use to get rid of it.

1. Inject Chlorine in the Water

Injecting chlorine in your water is a quick solution to eliminating a sulfur smell. The chemical reacts with hydrogen sulfide to make the water tasteless and odorless. The resulting particles may form a yellow film on clothing that can be prevented with an aggregate filter.

Oxygen in the air can also help remove sulfur smell from your water. The oxygen reacts with the hydrogen sulfide to produce an odorless, dissolved form of sulfur known as sulfate.

During aeration, compressed air gets injected into the water system and is then removed. The result is some yellow sulfur particles that form after aeration.

When Your Treated Water Smells of Sulfur

If your sulfur smell is present in your treated water at all temperatures, cold or hot, the problem could be with the water softener. Consider changing the chemicals you use to treat your water.

If your water still smells like rotten eggs after that, the problem could be in the groundwater. Have the water tested to check the levels of sulfur, sulfates, and hydrogen sulfide.

What About Other Tastes or Smells?

Finally, if there are other tastes or smells in your water besides sulfur, find out more about the possible causes.