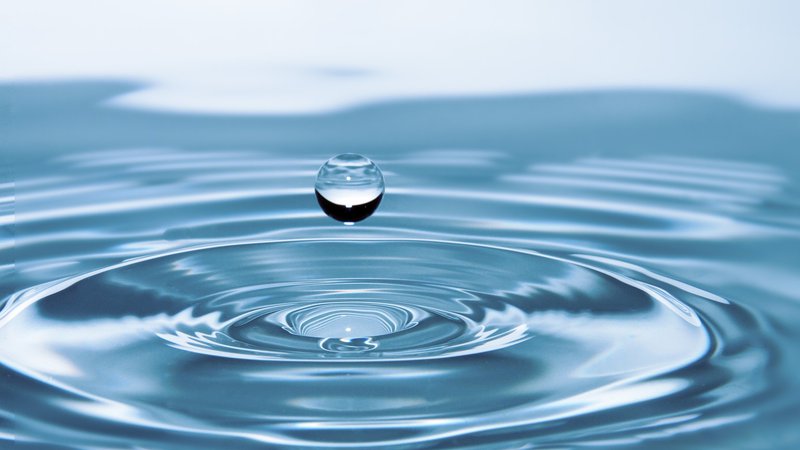 Did you know that 68.7 percent of the freshwater available on earth is found in glaciers?

And on top of that, of the total water on this planet, only about 2.5 percent is freshwater. The remaining is what makes up our oceans.

1. Each Day the Sun Evaporates a Trillion Tons of Water

Water goes through cycles of transformation from liquid to gas (vapor) and then back to liquid (rain) or solid (snow) depending on the region. This process is known as the hydrological cycle or the water cycle.

The water cycle is essential to life on Earth. It helps facilitate the movement of water on the surface of our planet, below it, and above it. Without this cycle, plants wouldn't grow naturally and we wouldn't be able to harvest crops. Without plant life and crops, no humans and animals would survive.

2. Bottled Water Can be up to 1,000 Times More Expensive Than Water From the Tap.

Given this exorbitant cost, plus the massive amount of waste that disposable plastic bottles contribute to our landfills and oceans, we recommend that everyone drink from reusable water bottles whenever possible and reserve single-use plastic bottles for times of emergency only.

Bottled mineral water has been sold in Europe since the mid-16th century, but the first mass-manufactured bottled water emerged on the market centuries later: Malvern in England in 1851, Apollinaris in Germany in 1892, and San Pelligrino in Italy in 1899.

As waterborne diseases spread during this time and infected public water supplies, the natural waters contained in these bottles were considered a source of clean water and a means of healing, although only the wealthy could afford them.

3. One in Six U.S. Jobs Are Marine-Related

Even if you don't live near a coast, the ocean still affects you in one way or another. It's a major part of the US economy today, with oceans, lakes, and rivers generating over 28 million jobs!

US consumers spend over $55 billion every year on seafood and fish-related products. Also, beaches are a huge revenue stream, accounting for around 85 percent of US tourism dollars. Around 90 million people flock to beaches every year for vacations, with large states such as Texas, California, and Florida cashing in on over $100 billion in revenue annually.

It's believed that fishing was truly developed with the appearance of Homo sapiens between 40,000 and 10,000 BCE, although very little is known about fishing practices then.

The Ancient Egyptians are credited with developing the spear, net, line, and rod around 3,500 BCE. Some of those products are still being used today.

4. 70 Percent of the Human Brain is Water

This surprising fact reinforces the fact that water is essential to life on Earth. Water is used in every cell of the body, helping to, among many other things, regulate our body temperature by releasing sweat to help cool us down when necessary.

Water is used in all functions of the body. The brain needs water to regulate and create hormones. The salivary glands produce saliva from water that helps break down food and aids with digestion.

Cells also use water to grow and survive. Water helps flush toxins out of the body through bodily fluids, and it also helps deliver oxygen to every corner of the body.

Typically, adult males on average need about 3.0 liters per day to survive, while females require 2.2 liters. This is an average and doesn't take into account how physically active individuals are.

A good portion of our daily hydration can come from an unexpected source: fruits and vegetables. For example, a cucumber is 95% water. A few more fruits and veggies with high water content include:

It's crucial to get enough water throughout the day, and these foods can help. Humans can go a few weeks without food before starving, but without water, humans can only survive about a week.

5. 80 Percent of All Illnesses in Developing Countries Are Water-Related

Sadly, clean drinking water is a luxury in some developing countries as their governments struggle to keep up with the water demands of their rapidly-growing populations. Twenty percent of all deaths under the age of 5 are attributed to a water-related disease.

Bacteria grow and multiply everywhere. Our bodies are filled with it, and it grows in the air we breathe, in the soil we use to plant crops, and even in water.

Some bacteria can be beneficial; probiotics, for instance, can help promote healthy digestion and a healthy immune system. But some bacteria can cause serious side effects that could lead to illness or even death.

Some of the harmful microorganisms found in water include:

Symptoms of drinking infected water include nausea, vomiting, diarrhea, and upset stomach. In people with strong immune systems, the symptoms are usually mild and don't last long. But people with weakened immune systems are more vulnerable.

The infection rate is higher in poor, rural areas because many of the people living there can't afford proper sanitation, which contributes to a faster spread of waterborne diseases.

Not only does water regulate our body's temperature, it also regulates the temperature of the Earth we live on.

Ocean currents move the warm water heated by the sun at the equator to the colder regions of the earth, acting as a natural transporter to regulate global temperatures. This helps maintain a healthy climate where the heat is naturally spread out instead of sitting in one spot.

The ocean is constantly transforming and flowing to provide heat and nutrients to all parts of the globe. Weather is largely influenced by ocean currents.

Ocean currents, in turn, are affected by various factors, including wind, heat from the sun, Earth's natural rotation, and tides created by the gravitational pull from the moon. Water is constantly in motion and helps to maintain an even distribution of the sun's solar energy.

Oceans cover 71 percent of the earth's surface. Many of the astronauts' first descriptions of the Earth from space included how vast the ocean looks.

7. By 2030, Nearly Half of the Humans on Earth will Live in Countries With High Water Stress

Already 1.2 billion people live in areas where water is scarce, and that number is expected to rise over the next few years. It's estimated that another 500 million people across the globe are approaching water scarcity.

The fact is that there's enough water on our entire planet for all living people, animals, and plants. The problem is that water is unevenly distributed. If you'd like to help people living in developing nations where water is scarce, consider donating to a reputable organization that works to provide clean water in such countries.

For More Info About Water

These are just a few interesting facts about water. But the more serious takeaway is that if we as a species continue to use water at our current pace and don't make changes, many more lives will be harmed and even taken due to water scarcity and water-related diseases.

For more information about water, visit our page and check out the resources we have available.

In this post: Interesting facts about water, water facts